Bluebells flowers are among the most common flowers grown in woodlands, meadows, glens, and gardens on both sides of the Atlantic, from America to Africa.

These perennials are members of the Lily family, referred to as a spring bulbous flower or a spring ephemeral. Blubells bloom in spring – April and May.

The bluebell flower has a bell flower shape and a gorgeous blue color. Flowers form on thin, arched stems that give the flower an ethereal look. They also have a soft, delicate fragrance.

It’s also believed that the bluebells have magical associations and superstitions. A blue bell plant can be used to attract fairies, done by ringing the flower bell like you would a regular bell.

Another blue bell flower symbolism is that if someone hears a bluebell ring, it means a person close to them is going to die.

A field of bluebells was a way to scare and terrify people in the medieval era. It was believed that walking near bluebells could leave you spellbound. And picking bluebells and bringing them in your home invited bad luck and misfortune to your life.

In the UK, wild bluebells are under the protection of the 1981 Wildlife and Countryside Act.

7 Types of Bluebell Flowers For Your Home

There are seven types of Bluebell flower found growing in meadows and gardens around the world. 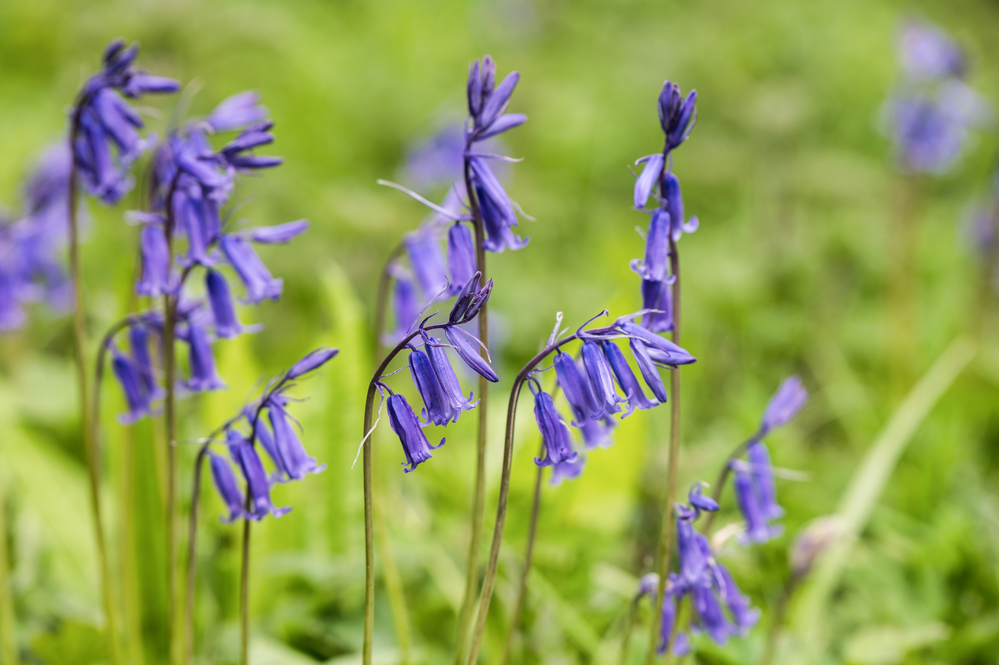 Common bluebell is known botanically as Hyacinthoides non-scripta. It grows along woodland edges and in woodlands during April and May.

One plant can have millions of bulbs that form the famous carpets of violet-blue that make these flowers popular. By flowering early, bluebells can absorb sun before the forest gets too thick to block the sun out. 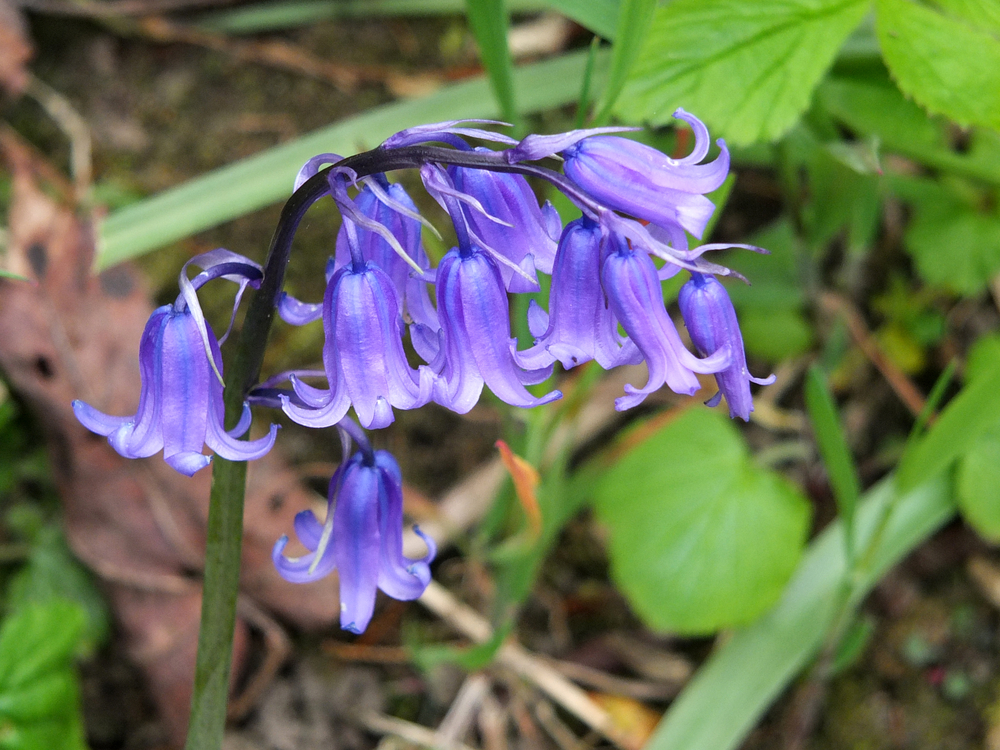 The english bluebell is known as British bluebells. The dainty plants have bluish-purple flowers found growing native in France and England as far back as the 1500s.

This species grows to heights of 12” in a bold, deep-blue with a long bell with straight sides and petals curled towards the ends that release a soft fragrance.

Flowers form on one side of the stalk, which causes it to develop a slight curve as it bends under the weight. 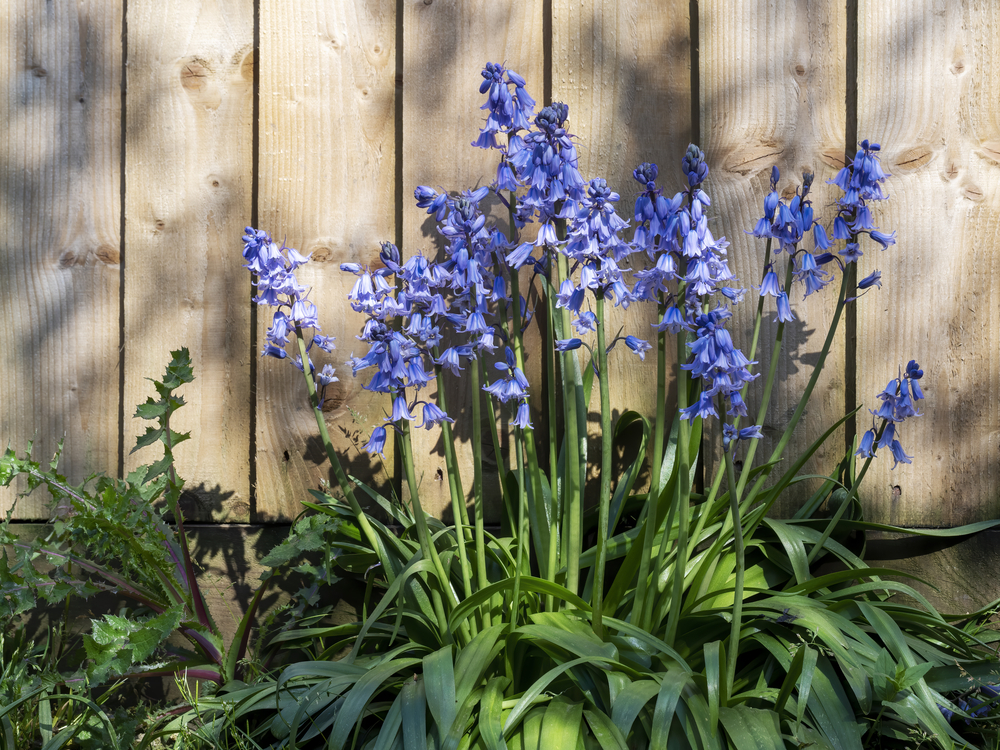 The spanish bluebell is a late spring flower native to the Iberian Peninsula. This species shares similarities to English bluebells.

Spanish bluebells rarely grow in woodlands because they need open areas to bloom. These plants can have 3’ tall stems with flowers formed in clusters pointed towards the sky. The stalks stay straight, without bending.

You can find Spanish blue bells with pink, white, and blue flowers. They first appeared in the UK before a hybrid version of them and the common bluebell became more popular. 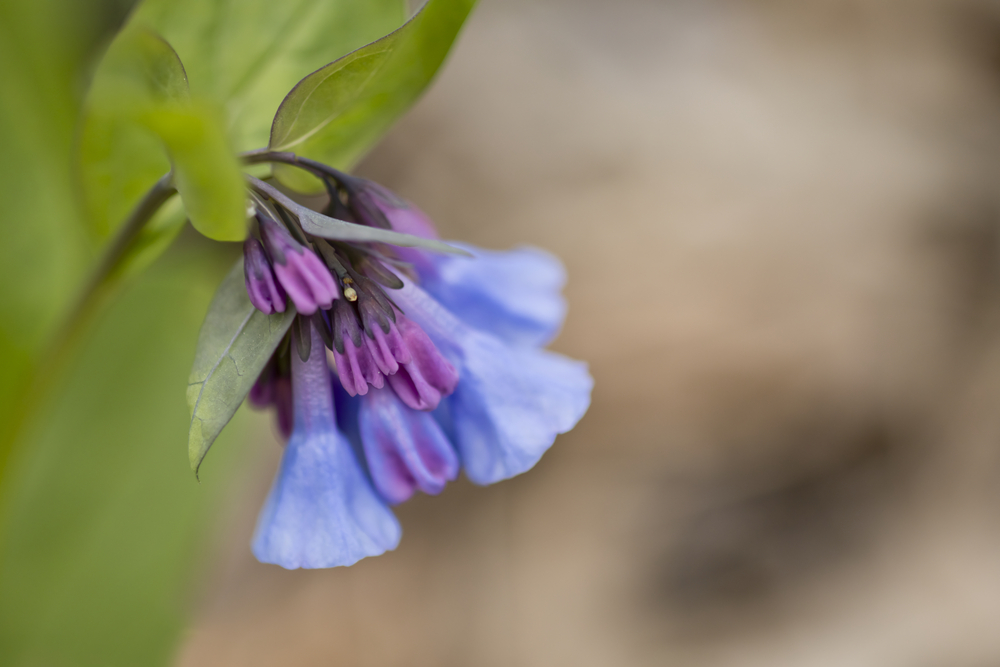 Virginia Bluebell is an ephemeral spring plant native to the eastern parts of North America. This species forms bellflowers in sky blue with green-gray round leaves.

This species is in the Boraginaceae family, making them related to Forget-Me-Not and Comfrey. They are the prettiest of the bluebells due to their light blue purple color. While in bud form, they will be pink that darkens into a richer hue.

Virginias grow 18” to 24” in height with a bloom time of early to mid spring. You can continue to get striking colors until mid-summer. 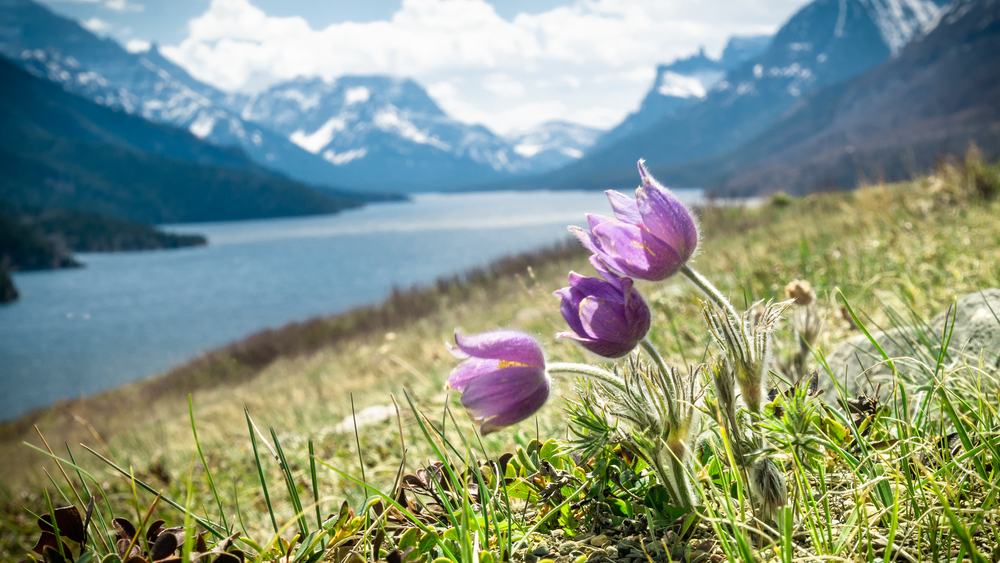 Scottish Bluebells – referred to as harebells – has symbolisms associated with magic. These flowers commonly grow in meadows surrounded by hares. But there are several theories to the name.

Another theory is that harebells got their name from witches in ancient times transforming into hares so they could hide in the flowers.

Fairie Thimbles is another Scottish bluebell name that’s less rarely used. It comes from the belief that these flowers are the home of fairies. 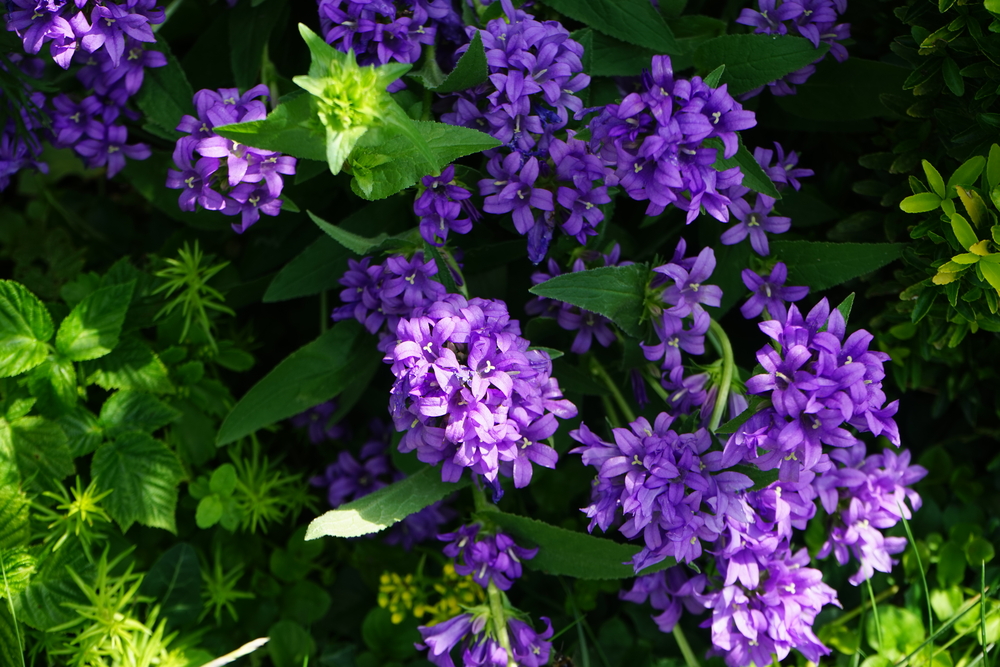 Campanula means little bell in Latin. This diverse genus has over 500 species spread out in subtropical regions in the Northern Hemisphere, including the mountains of Asia and Africa.

Species in this genus include annual, perennial, and biennial plants in varying heights. The flower shape can also vary to star, bell, cup and saucer, or tubular.

These flowers are winter hardy and easy to grow. They make a popular choice for cottage and rock gardens and striking borders. But they also make excellent, thick ground cover.

Hybrid bluebells are a cross between a Spanish bluebell and the common bluebell.  Hybrid blue bell flowers got their name by a Belgian botanist D. Geerincki in 1997.

This species of hybrid has a different scent, shape, and size. It has more Spanish traits, like drooping flowers over the entire stem, broad leaves, and a subtle fragrance. The flower petals are also smaller with rolled back tips.

The stem is stiff and upright, although it might have a slight droop. While the leaves are a blend of Spanish and the common blue bell, with pointed tips and a broader surface.

Get to know more about the Bluebell flower with these commonly asked questions.

How Many Types of Bluebell Are There?

Where Can You Find Bluebells?

Over half the world’s Bluebell population is found in the UK. But it’s also found in North America, Africa, and around the world.

How Long Do Bluebells Last?

Bluebell flowers can last a few weeks in bloom.

How Many Petals Does a Bluebell Have?

Bluebells have six curved tepals that make the bell shape.

What Time of Year Do Bluebells Bloom?

Bluebells can bloom from April to late May.

Are Bluebells Annuals or Perennials?

Bluebells can do well in partial shade or full sun.

The Bluebells plant is a common and lovely flower grown wild or cultivated indoors or in gardens around the globe. There are seven types of bluebells, which are known for the elegant bell shape formed by six soft petals. The look of the Bluebell varies by type.